April 15 Update: Due to COVID-19, this event has been rescheduled for October 23-24, 2020. Please stay tuned for more details or contact bob@justiceontheblue.com for more information.
Last year, Jay Lorenzen opened our Justice on the Blue fundraiser with a quote from Heraclitus of Ephesus: “No man steps in the same river twice, for it’s not the same river and he’s not the same man.” Jay’s metaphor reminded us that while we were fishing on one of the most pristine rivers in North America, many people in the rest of the world were living in some of the most horrific conditions of slavery and polluted waters of oppression.
For our 2020 Justice on the Blue event, we will be highlighting Love Justice International’s work at Lake Volta, Ghana, where tens of thousands of boys and girls as young as four years old are trafficked into the fishing industry and forced to pull up nets from the bottom of the lake, subjecting them to drowning. We look forward to introducing you to a lifetime pursuit of justice when you join us either on the river, at the Pavilion luncheon, at Friday's dinner program, or at the Faces of Freedom art exhibit “Voices Calling for the End of Modern-Day Slavery.”
We are excited about a great weekend of joy and collaboration, 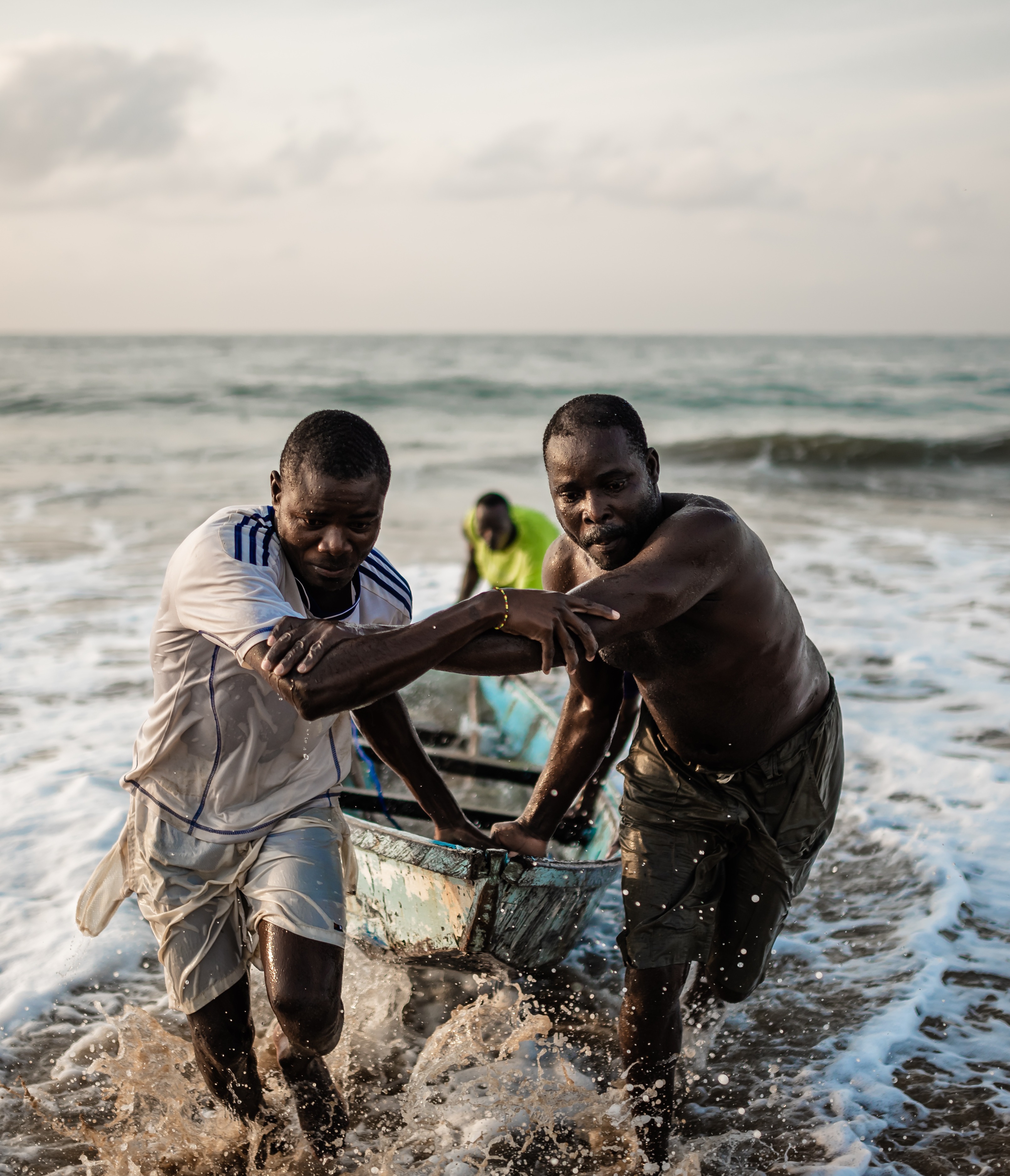 Freedom 58 Project (F58) is a 501c3 Christ-centered ministry dedicated to innovation and collaboration in their efforts to guide and strengthen anti-trafficking organizations in the pursuit of biblical justice. Freedom 58 Project is hosting Justice on the Blue to increase the capacity of Love Justice International to train and place monitors at borders and transit points to identify and stop trafficking as it is occurring—BEFORE beautiful lives are exploited and sold into slavery. 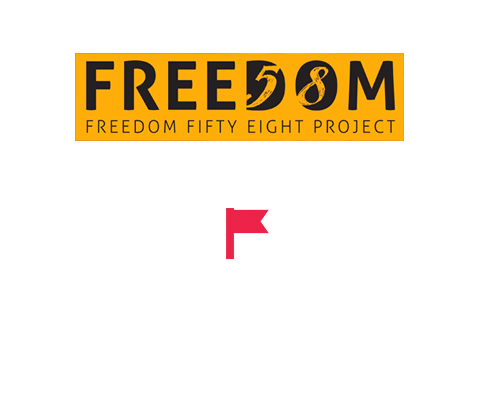 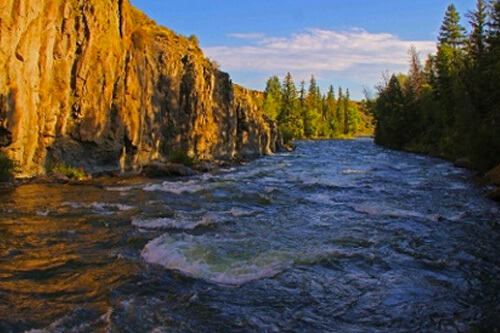 The Lower Blue River is a habitat for a multitude of wildlife, from moose and otter to bald eagle and migratory waterfowl. Fish include naturalized brown trout, and may soon include whirling-disease resistant strains of rainbow trout. In fact, the Lower Blue River carries the designation of Gold Medal Trout Waters by the Colorado Division of Wildlife.

McElroy Field is located at: 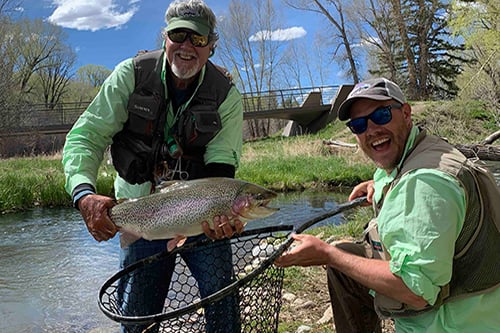 From Friday morning to Saturday evening, we've got your lodging, fishing locations, meals, and entertainment covered. (See detailed itinerary below.)

If you or someone you're bringing isn't a fisherman, join us for hiking or luncheons—or just sit back and enjoy the beautiful outdoors with a glass of wine. 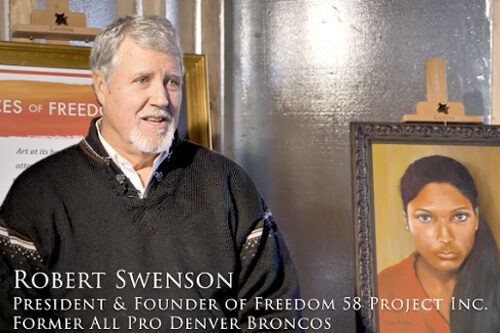 In addition to the hosts, Bob and Libby Swenson, you'll have the opportunity to hear from Lt. Col. Jay Lorenzen, U.S.A.F., (Retired). You'll learn about Love Justice's strategy to attack human trafficking at the most strategic moment from Jeff Blom, Chief Investigations and Security Officer, and Stephen Mortland, LJI VP of Development. 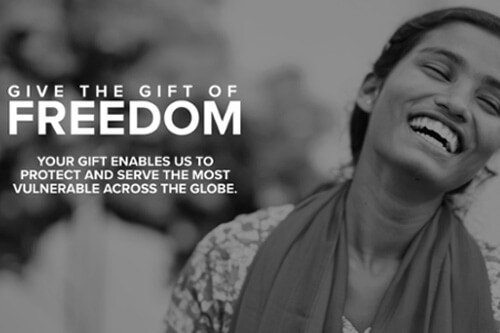 Our goal is to raise $400,000 and attendees are asked to consider a donation of $10,000 for participation in this event.

All net proceeds raised will be directed toward Love Justice International (70%) and Freedom 58 (30%). 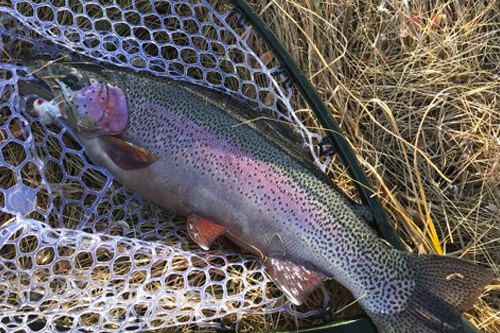 Please be sure to bring several changes of clothes. Prepare for wet or cold weather. Layers and a coat will be needed in the evenings.

Jay attended Fletcher School of Law and Diplomacy at Tufts University for his MA, followed by a Ph.D. sponsorship at the University of Denver. Jay started the Campus Crusade ministry at the Air Force Academy before joining the Military Ministry of Cru. Prior to joining full-time staff, Jay and his wife, Laurie, spent 20 years in the Air Force as "associate Cru staff" on active duty. For 11 years, Jay taught political science at the Air Force Academy. When he gets a chance, Jay would choose to go fly fishing above any of his other hobbies. He and Laurie live on the Tarryall River, a great trout stream.

Jeff has 33 years of experience in law enforcement, investigations, and security. He is a former chief of police and has served with other non-government organizations working on combating human trafficking around the world. Jeff has also conducted over 450 undercover operations in 33 countries, working closely with local law enforcement officials on victim interventions. He has been recognized by the U.S. Immigration and Customs Enforcement for his work in an American pedophile case and is an expert witness for the United States Attorney’s office on foreign child sex tourism cases.

Steve grew up in New Jersey and graduated from Taylor University. For over 20 years, he led recruitment efforts at the university. In 2011, his wife, Erika, led a group of Taylor students to Nepal to see the work of Love Justice firsthand. The following year, Steve joined her, along with a second Taylor team, for another trip to Nepal—and their hearts were forever changed. More trips followed, and Steve eventually joined the Love Justice board in 2017 and then joined LJI's staff as their vice president of development in 2020. He is humbled by the opportunity to serve alongside the talented and committed people of Love Justice.

Itinerary TBD: Rescheduled for Fall of 2020

7:45 a.m. Breakfast on the Blue or Colorado River

12:00–1:30 Non-A Lunch and Learn with Libby Swenson from Love Justice at the Pavilion in Silverthorne, CO

6:00–9:00 Dinner and Main Event at the Pavilion in Silverthorne, CO, featuring the Faces of Freedom Art Exhibit "Voices Calling for the End of Modern-Day Slavery"

7:45 a.m. Breakfast on the Blue or Colorado River 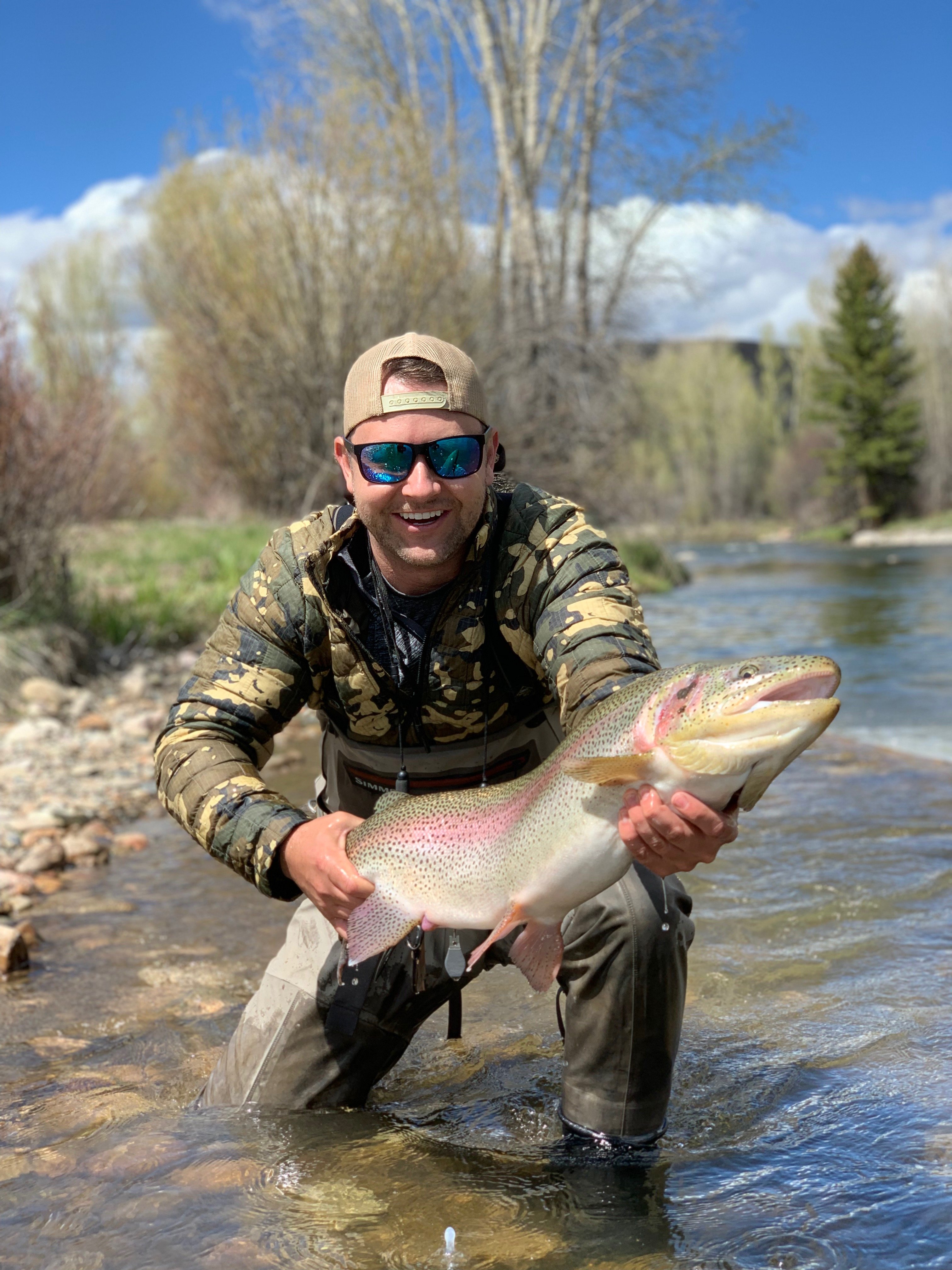 Bob is the president and founder of Freedom 58. A former All-Pro linebacker, Bob played for the Denver Broncos as a member of the legendary “Orange Crush” defense. After retiring from the NFL, he founded FS Land, a development company. With his team, he later developed the 18,000 member Point Man Ambassador network for Promise Keepers. Bob is passionately dedicated to mobilizing the work of justice and ending human trafficking. 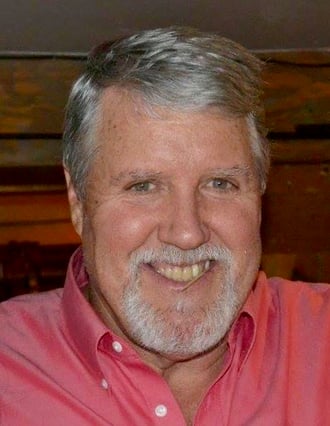 Libby has spent more than two decades working in campus ministry with Cru (Campus Crusade for Christ International). Serving in various countries overseas, Libby’s heart’s passion has always been for the vulnerable and oppressed. Almost 15 years ago, Libby learned of the problem of modern-day slavery and successfully forged a partnership between Cru and International Justice Mission. She made the move to Love Justice International in October of 2018 as their regional director of development for Colorado. 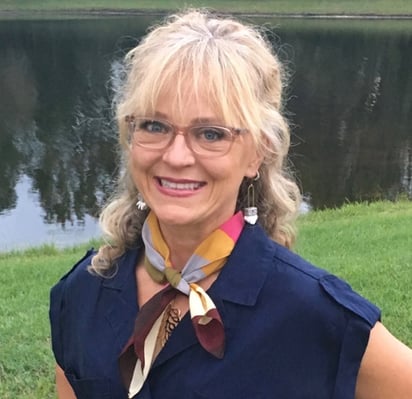